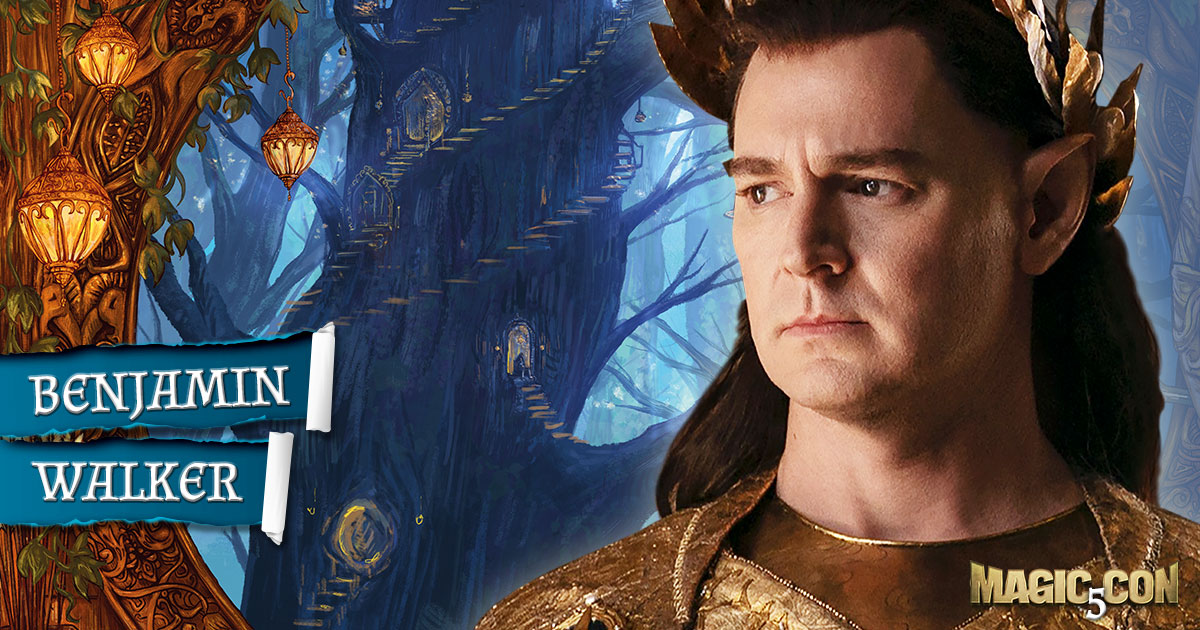 A truly royal visitor has announced himself at MagicCon 5 in the form of Benjamin Walker. The US actor can be seen in the hotly anticipated series The Lord of the Rings: The Rings of Power as High King Gil-galad. The production from Amazon Prime Video will start on September 2, 2022 and is currently set to run for five seasons.

During his time at The Juilliard School (an acting school from which he graduated in 2004), Walker gained his first stage experience as a stand-up comedian. A series of theater appearances followed, including the role of Andrew Jackson in the rock musical Bloody Bloody Andrew Jackson.

On the big screen, Benjamin Walker followed in the footsteps of the 16th American president, taking on any number of bloodsuckers in Abraham Lincoln Vampire Hunter (2012). He also stars in the backwards-told mystery thriller Shimmer Lake (2017, Netflix). He co-stars with his wife Kaya Scodelario in the historical fantasy adventure The King’s Daughter (2022).

The popular actor’s filmography is also growing steadily in series, including, for example, Marvel’s Jessica Jones (2019).

We are sure that Benjamin Walker will share plenty about his role and the filming of The Rings of Power at MagicCon 5. You can secure vouchers for the autograph session, the photo session and the exclusive “Meet & Greet” in the Ticket-Shop now.